The complexity, lack of logic and apparent overwhelming nature of ‘current events’ (a.k.a. Trump, Brexit, Climate change, refugee crisis, nuclear vibes, etc) is derivating in a threatening hypernormalisation, full of contradictions, collisions and coexistence of realities, where the internet is playing an active and defining role.

“15 years ago the Internet was an escape from reality. Now reality is an escape for the Internet. We have lost the ability to be in awe of the complexity and power of real reality,” acclaimed director Alejandro G. Iñarritu said in a recent interview.

These are modes of thinking and being occurring and mirroring simultaneously to our own to the point where it has become a chicken and egg situation. Instead of burying ourselves in a shallow wormhole, new perspectives, on macro and micro levels, outside and within these systems and universes can be far more effective.

But what if we use paradoxes to challenge real reality?

For IAM Weekend 18 we want to explore deeper how we can use paradoxes in the internet age, instead of feeling trapped by them, to better understand reality and be more empowered to invent collectively better futures. More specifically the next 7 years, asking a BIG question:

We aim to subvert paradoxes to question the status quo, challenge dominant cultural narratives, binary mindsets and structures, refreshing the meaning of subversion by stimulating fostering planetary, long-term & critical thinking/doing. In other words using the internet, instead of being used by it.

The Futures of Work, Automation & Identity

We live in a world where identity has become increasingly fluid and in flux—and can even take on non-physicality. With automation and algorithms, we encounter several problems and contradictions, chiefly, the present dangerously inverted relationship between algorithms adapting to us—are we going to let algorithms define us?

Automation, Work, and Identity work in a symbiotic way and we must ask ourselves what contradictions we face in each sector individually and together.

The Futures of Design, Arts & Learning

A transdisciplinary approach to learning suits our fluid, in-flux identities as does reimagining and redesigning everything from classroom layouts to subjects to the discipline narrative in education. We must move away from consumption of education and move into critical thought and dialogue with an education system that embraces, challenges, engages, and includes students from all over the spectrum (including those with learning and mental challenges). Equally important is balancing the learning of histories with the importance of future-oriented learning.

How much monetary and political power goes into a mere click? The online monopoly triad of corporations, Facebook, Amazon, and Google present us with this major paradox of the internet: a source for decentralized power has now become majorly centralized through the influence these corporations have especially in the realm of commerce, advertising, and our clicks.

Interesting associations begin to take place when observing the connections between commerce, advertising, and privacy—the more they know about us, the less we know about them, and the more we seem to buy. A collective digital consciousness of our data footprint and metadata is needed and can be achieved through increased digital literacy, a healthy internet, and alternatives to existing business models.

The Futures of Fashion, Food & Sex

We need to seriously question the act of consumption, our own habits regarding it, and the inevitable continual fetishization of it, particularly within emerging economies over the next seven years. What do routine behaviors such as dressing, eating, and having sex look like in a post-capitalist 2025?

The Futures of the Planet, Power and Reality

Dreams and dreaming makes us human, but what is it that we dream of? More importantly, why?

Let’s challenge our collective dreams and the dominant narratives surrounding them. Let’s not only dream of going beyond the limits that our political systems place, but work to change these limits and push for new systems of policy making and politics globally. Planetary thought and action is desperately needed with the onset of climate change and ever-rising threat to our oceans—political problems that are far from natural (disasters) and are very much man-made. It’s high time that we ditch the dream of escaping to colonize other planets in outer space and focus on saving our own.

Dreams often place us in realities outside of our own real realities. However, it is equally important to be aware of the real reality that surrounds us just as it is to be conscious of how our dreams come to be. Today’s real reality consists of a lot of imagination and hyper normal reality at play when it comes to CGI, completely shifting what constituted the “real” in real reality. What should constitute our dream and future real reality? And can sci-fi finally move beyond asking if android dream of electric sheep and ask better, more relevant questions? 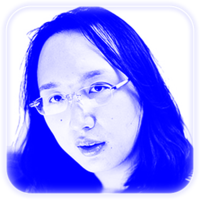 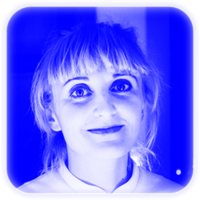 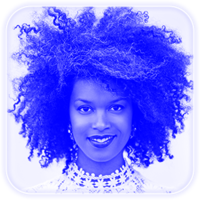 Founder of AFROTOPIA, and former candidate for mayor of Detroit 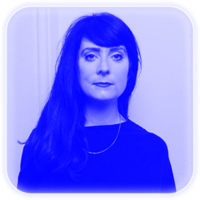 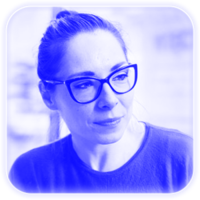 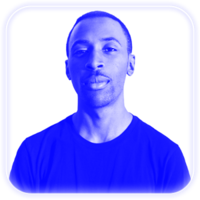 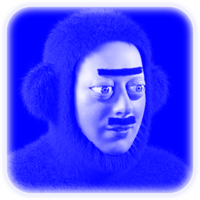 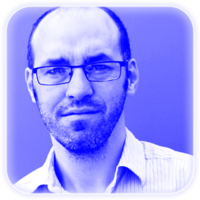 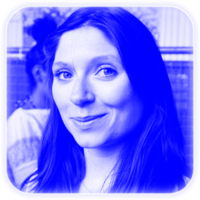 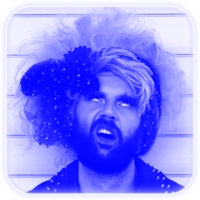 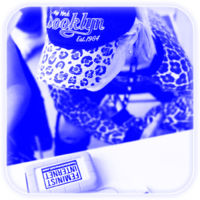 Digital Learning Coordinator at University of the Arts London, and Chief Leopard of Feminist Internet 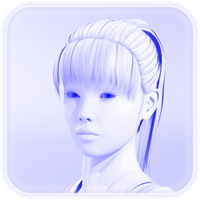 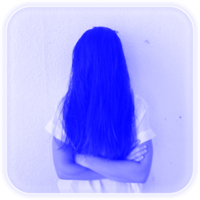 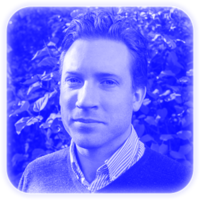 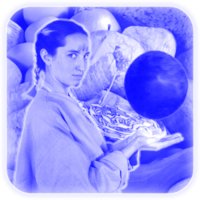 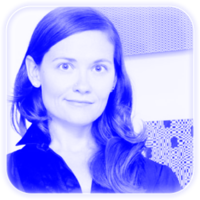 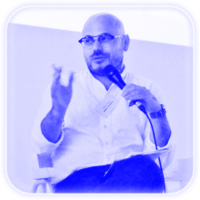 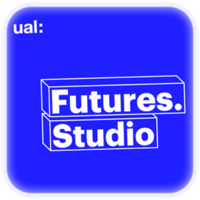 University of the Arts London (UAL) 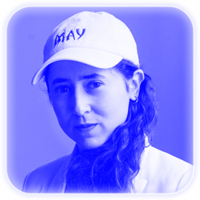 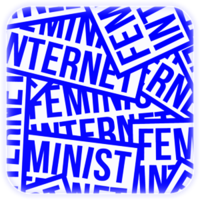 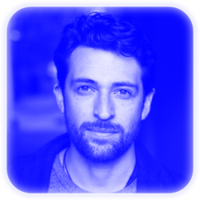 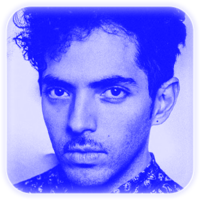 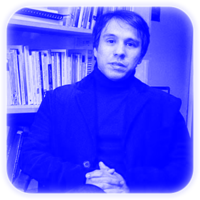 Deputy Director of The Centre for Postcolonial Studies, Goldsmiths, University of London 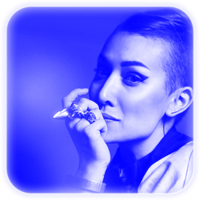 Futurist and Co-founder at AFE -ALLFUTUREEVERYTHING 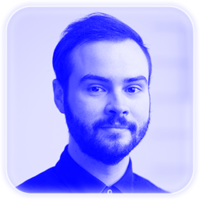 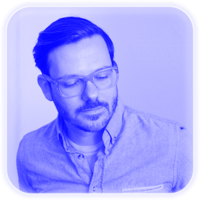 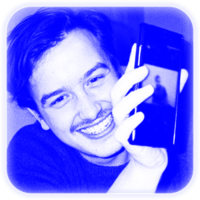 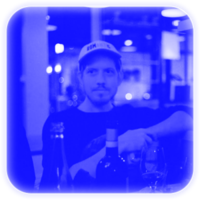 Workshop / Head of Co-Creation at Techfestival

Check the schedule below for information about dates and venues.
New details, changes, and other important announcements will be sent via email only to ticket holders.

The Futures of Work, Automation & Identity

The Futures of Arts, Design & Learning

In Randomness We Trust (Part I)

The Futures of Fashion, Food & Sex

In Randomness We Trust (Part II)

Workshops, reading groups, Q&As and more. Detailed info will be sent only to registered attendees via email during the event.

📓 How To Fix The Internet by BBC
📓 After the flood comes the fertile delta: crypto-mania as decentralised beginning By Robert Walker
📓 Build Your Own Planetary Futures Studio by UAL Futures
📓 Prophecy Generator by Juliette Lizotte
📓 A thing Like Desire: Desire Desire! Reading Group by Feminist Internet

📓 Utopias as Method: Enacting Politics and Performing Ideologies by The Para-Site School and the Centre for Postcolonial Studies at Goldsmiths
📓 The Drag Experience By Marina Dragzilla
📓 It's easier to imagine the end of the world than the end of capitalism by Triggers
📓 You Are Unsubscribed: Designing Utopian Communities for 2025 by co-matter
📓 Red Bull Basement Hack experience by Flan
📓 A thing Like Desire: Desire Desire! Reading Group by Feminist Internet 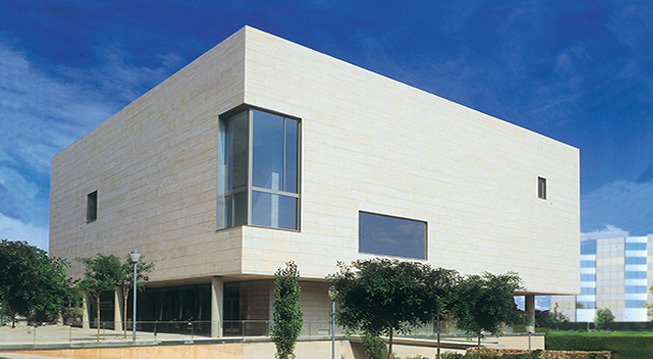 Do you trust in the randomness of the internet?

Every spring in Barcelona, IAM Weekend gathers together a unique mix of 300 influential and curious minds from diverse cultural backgrounds, roles and professions with a shared curiosity for exploring internet cultures.

If you're a designer, technologist, educator, curator, editor, strategist, researcher or anything in between, we encourage you to discover, be inspired and connect with a global IAM Family passionate about collaboration, discovering emerging talent and understanding the trends affecting the futures of media, education and the arts.

IAM Weekend 17: The Renaissance of Utopias

We invite you to read the extended recap of IAM Weekend 17 on the IAM Journal.

IAM Weekend 16: From Complexity to Emergence

IAM Weekend 15: The Evolution of Internet As Culture(s)

Presented with the kind support of

And be the first to learn about speaker and programme announcements, ticket offers, creative collaborations, event updates and random paradoxes

We respect your privacy. We'll never SPAM you or send anything boring

Are you registering as...

🍟 TIP: Choose 'Individual' if you are paying for your own tickets, 'Company' if you are buying tickets on behalf of a business or organisation, or 'Student' if you are an unemployed graduate or current student.

Questions? Just send us an email to tickets(at)internetagemedia.com

Sorry, your browser is not supported